(Rocky Hill, NJ) On the eve of the Women’s March on New Jersey the Tom Malinowski for Congress campaign released a first round of endorsements from prominent area women, including the last two women to receive CD7’s Democratic nomination, the Honorable Janice Kovach and Linda Stender.

“I am proud to lend my enthusiastic support to Tom’s campaign. I understand better than anyone how challenging it is to run as a democrat in this district and strongly believe that Tom is the only candidate in the field capable of beating Leonard Lance,” said Janice Kovach, Mayor of Clinton and the 7th congressional district’s 2014 nominee.

Uyen (Winn) Khuong, EMILY’s List We Are Emily Honoree and co-organizer of this year’s Women’s March on New Jersey remarked “Tom’s lifelong commitment to defending the human rights of women around the world has convinced me that the women of this district will find no better, or more effective, advocate than in Tom Malinowski.”

“I am humbled to receive the endorsement of so many accomplished women from our district and the region. As a member of Congress, I will do everything in my power to be worthy of their support, and to remain a champion for the human rights of women and all Americans,” stated Malinowski expressing his gratitude. 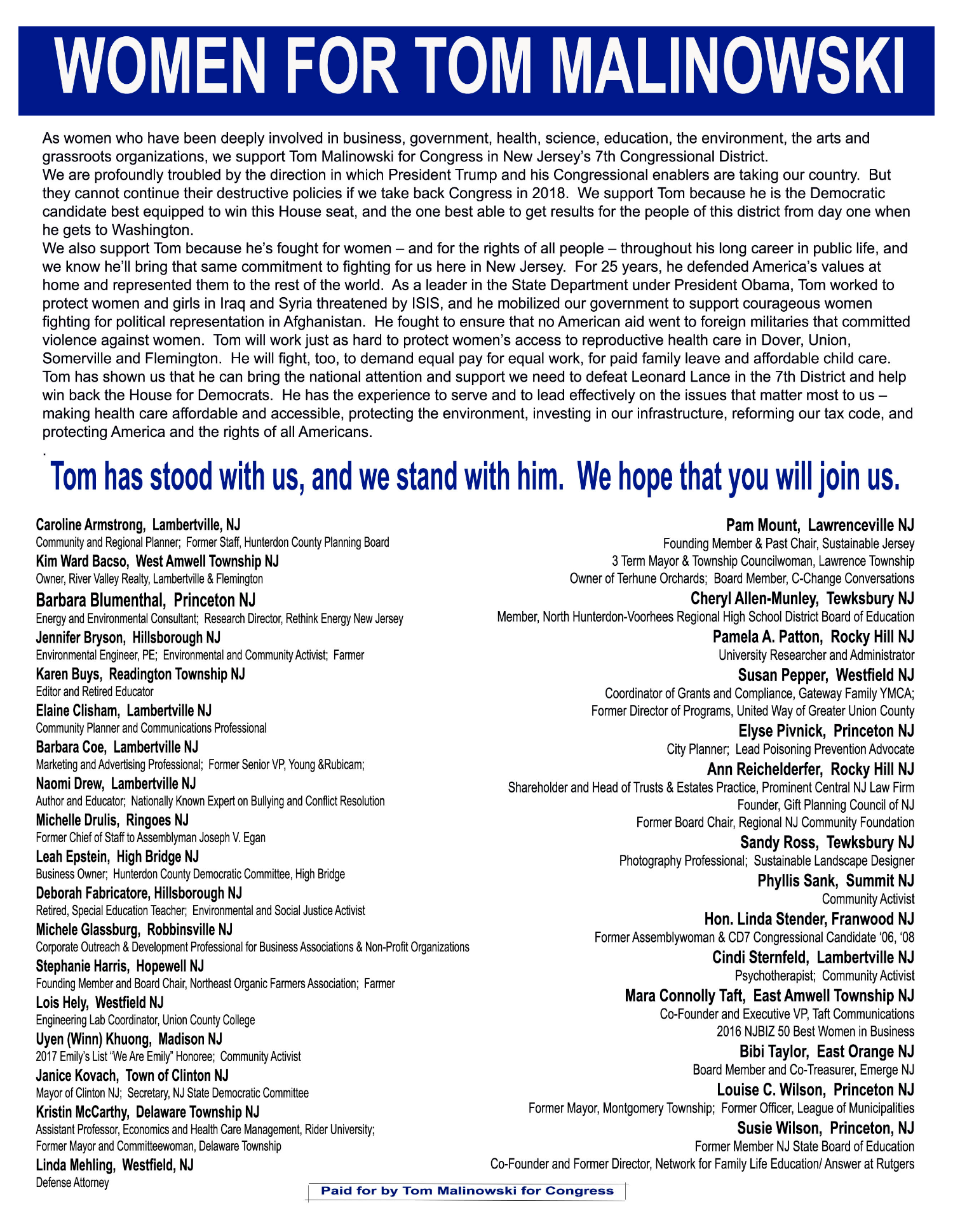