Yesterday, the New Jersey Attorney General’s Office released a report finding that, on average, more than 8 people a day in New Jersey are dying of opioid overdoses. That’s 1,669 people in 2018 alone and at least 171 people in the 7th Congressional District. It’s well known that the opioid crisis has reached epidemic levels in New Jersey, with the same report suggesting that total deaths in 2018 could eclipse 3,000. 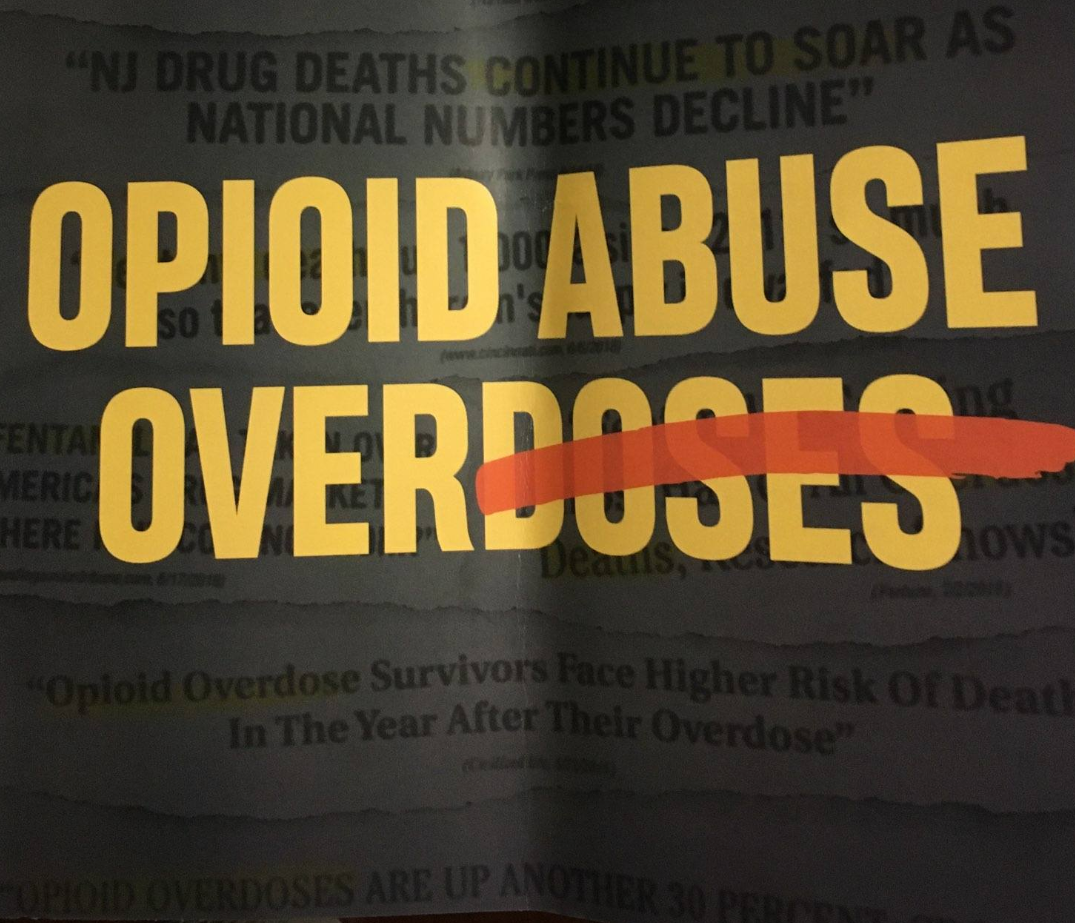 Despite these startling statistics, throughout July, a Republican independent expenditure group supporting Leonard Lance, the American Action Network, has been littering NJ07 with mailers suggesting the opioid crisis is “over,” and that we have Leonard Lance to thank, though Congress has not passed any of the bills it credits him with sponsoring. The mailer even suggests that constituents should call Lance’s office to thank him for his ineffective effort. 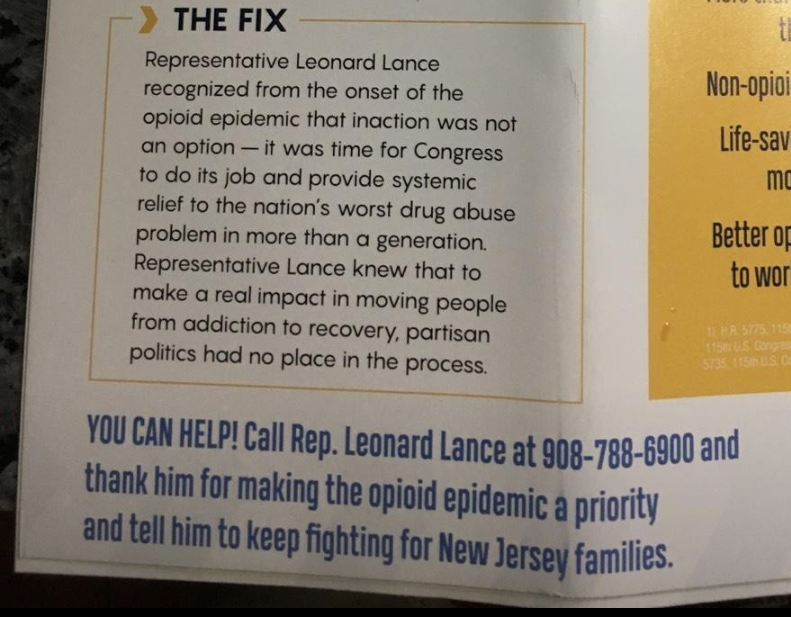 “Leonard Lance has an obligation to his constituents to condemn this group’s obvious distortion of reality for his political benefit,” said Malinowski. “The opioid crisis is real, it’s devastating, and it should be above politics. Families are losing children at devastating rates. To claim a bill that doesn’t directly help victims and has yet to become law has ended New Jersey’s opioid crisis is dishonest and heartless.”

In reality, the Lance bill slightly increases appropriations to the CDC to research opioid-related infections, and has not yet been passed into law. Meanwhile, the House GOP leadership Lance supports has proposed significant cuts to Medicaid to pay for last year’s corporate tax cut. Medicaid is one of the main sources of funding for opioid abuse treatment and prevention in New Jersey.

“At issue is not Lance’s bill, but the obvious distortion of its aims and of his failure to actually get anything done,” said Malinowski. “If Lance doesn’t tell this group to stop misrepresenting him, he proves once again that he’s nothing but a typical politician willing to say anything to stay in office.”