The Amalgamated Transit Union, the largest labor union representing transit and allied workers in the United States and Canada, announced their endorsement in the New Jersey 7th Congressional District. The union hosted an event for Tom at the Westfield train station to announce their endorsement. 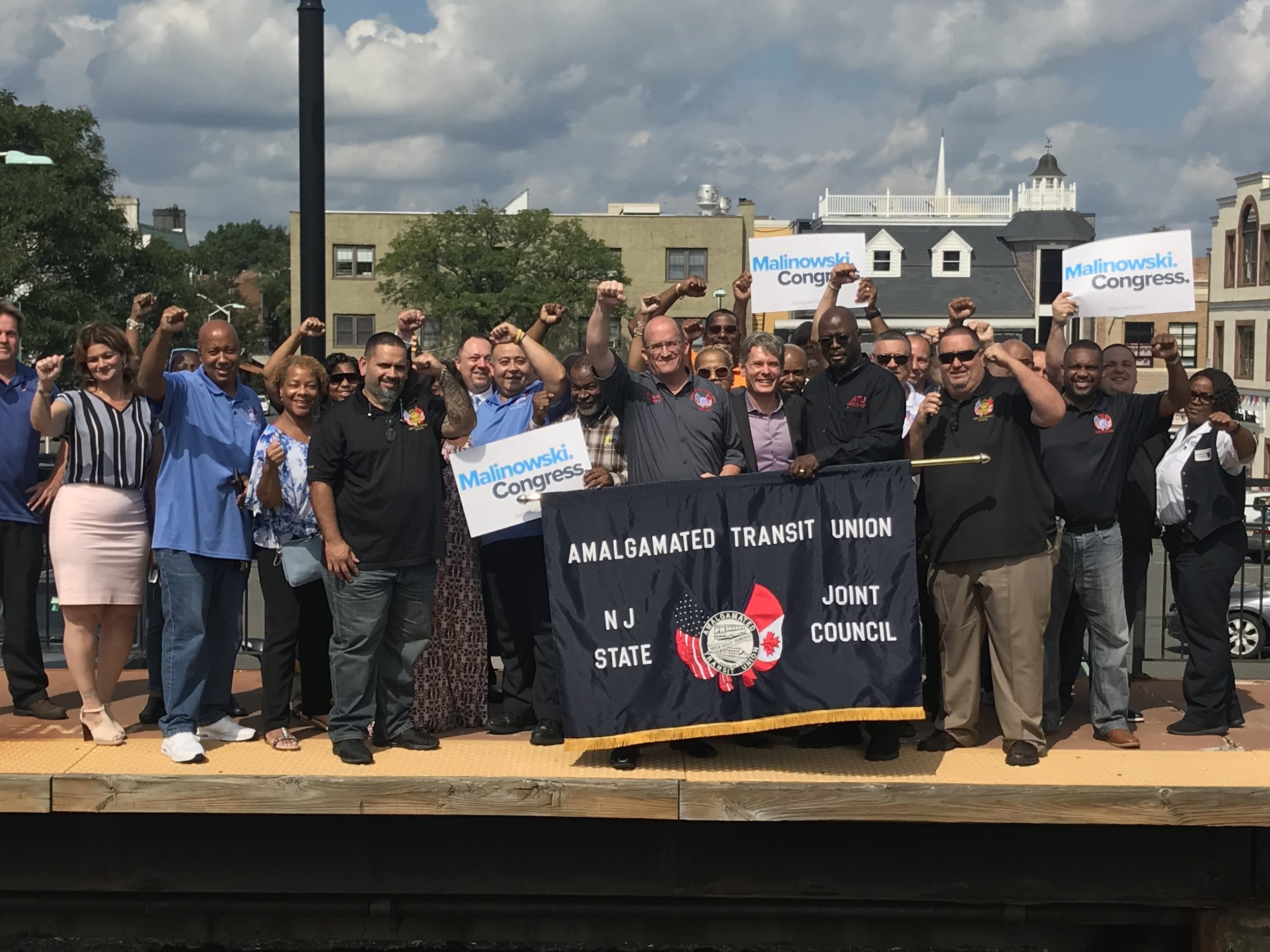 “I am honored to received ATU’s endorsement,” Malinowski said. “Transit is the lifeblood of our state. It’s how we get to work, how we create jobs, and why companies move here. I will be part of a majority that will have as its number one priority investment in our infrastructure, and investment in New Jersey.”

Tom is the former Assistant Secretary of State for Democracy, Human Rights, and Labor. He oversaw the U.S. State Department’s Office of International Labor Affairs during the Obama Administration, serving as the chief advocate for worker protections in our international trade agreements and providing support to trade union activists around the world.